Viewing the Manuscript of the Carmen in Brussels

On Tuesday a client asked me to be in Brussels Thursday morning for a meeting.  I rushed to book the tickets and prepare, and then it hit me.  I could finally see the one and only complete manuscript of the Carmen for myself after the meeting.  The Carmen is the untitled 12c manuscript of the earliest account of the Norman Conquest which is the basis for my published Carmen de Triumpho Normannico - The Song of the Norman Conquest.  Written in 1067 to spread word of the Norman Conquest throughout Christendom, it is attributed to Guy, Bishop of Amiens, who may have observed the events first hand.  There is a 13th century fragment of 66 lines, but only the 12th century manuscript is complete.

I emailed the very helpful head of manuscripts at the Royal Library of Brussels to ask to see the Carmen.  Within the hour he approved my request!  Now Brussels was not just another dreary reason to get up at 4:30 to catch the first Eurostar, but an exciting ancient capital holding the great treasure that changed my life.

In June 2013 I got fed up with working from transcriptions based on the first 1840s transcription of the Carmen and largely unmodified since then.  It does not appear that either Merton & Muntz or Barlow, the previous translators of the Carmen, ever worked with the original manuscript in Brussels, and emendations made to the transcription by them and others were suspect in my view.  If they had images, it was only photographs.  As I kept imagining transcription errors, I wanted to work from the original.  I wrote to the library and within six weeks had the first digital images of the Carmen.

It cost 70 euros for seven images, but it was absolutely worth it.  The text came to life before my eyes, blown up to stretch across my wide screen in high resolution glory, and there were very few uncertainties.  If text was unclear, I searched for a word or phrase with the same set of letters in my transcription, then compared it in the images to confirm my interpretation.  I did find some transcription errors, but not as many as I imagined, and I catalogued the changes in transcription and translation relative to Barlow in the endnotes to the published Carmen.

After I had registered for my library day pass a thick volume of manuscripts was waiting for me in the manuscripts room.  I carried it to a stand, and then realised I had forgotton the page numbers.  I began leafing hopefully through the volume, knowing my visual memory would recognise the first page as the Carmen starts in the second half of the second column.  As each leaf turned my heart sank a little further.  None of these pages of tiny, mysterious script inscribed by meticulous clerics more than 900 years ago were right.  Then as I came to the last few pages I remembered 227v - page 227 facing.

There it was, laid on the page as I remembered, but much, much smaller.  Latin Miniscule is really, really miniscule - more like Latin Elvish.  I borrowed a ruler (centimetres) to illustrate just how tiny the text is. 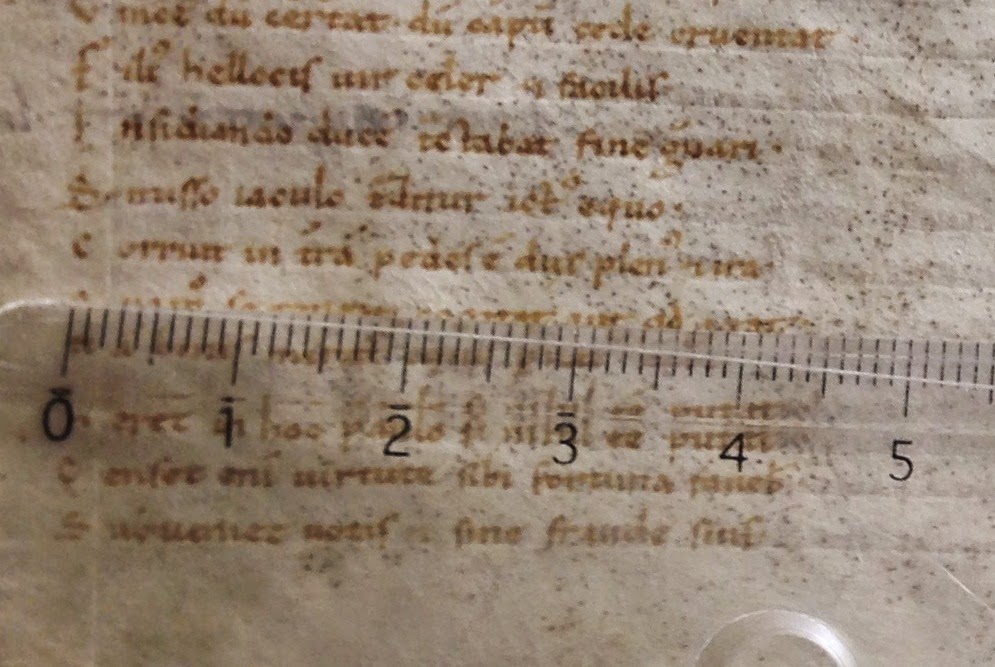 Leafing through those pages of manuscript, few of which will have been transcribed and even fewer translated, saddened me.  Given enough time I could transcribe and translate them all, but I doubt that I or anyone else ever will.  I began to grasp just how shallow and partial our understanding of the past is, even when it is documented, as so much remains untranscribed, untranslated and unsought in the manuscript rooms of great libraries.  And so much more has been lost, burnt or carelessly discarded.

I stood there a little longer, staring at the faded lines on vellum that had dominated my life for more than two years.  I asked for a photograph with the manuscript, which the librarian obliged, and then closed the volume and handed it back.  When will someone else ask for it?  One month?  One year?  Three years?  Ten? 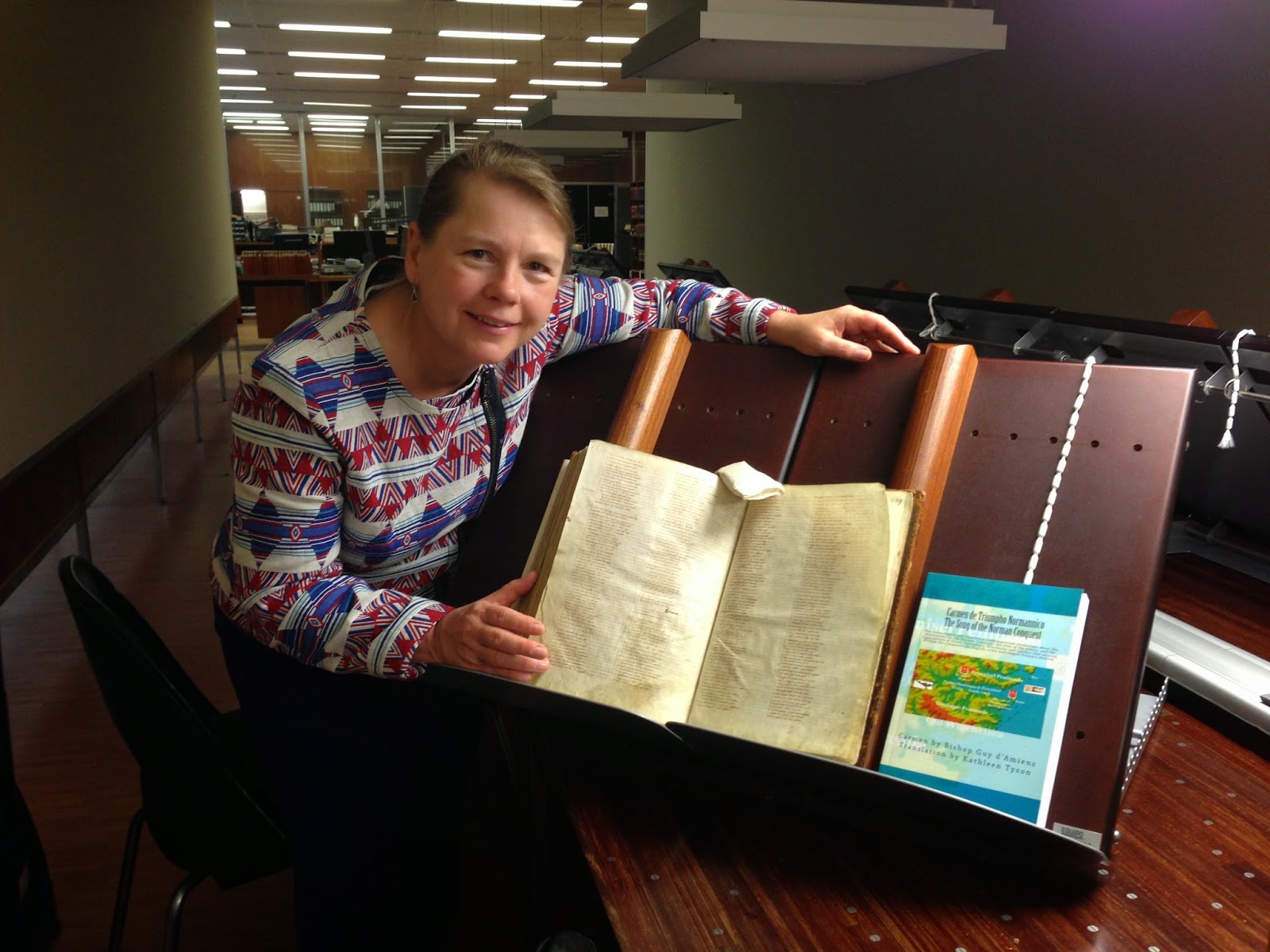 I gave the librarian some copies of the published Carmen so that the library would hold the work it had enabled.  I walked out of the library and toward the Gare du Midi, smiling happily in the chilly wind under the grey skies of Brussels, grateful to the anonymous cleric who had transcribed the Carmen so diligently, to those who had preserved it, to the Royal Library of Brussels which cares for it now, and to the librarians who made it accessible to me and to the wider world.